We use cookies to improve your experience of our website. Find out more.
Okay
Free Next Day Delivery on Dog & Field Dog Food
Free Click & Collect from our shop in Harringworth
10% off your first shop Use 'welcome10' at checkout
Quality assured or your money back
Free Delivery on all orders over £40

The Weekend That Saw The Trialling Community Come Together

So the sad news has filtered down the grapevine over the last few weeks, Richard Preest a well thought of man who has been an asset to the trialling community for the last decade has had a severe stroke paralysing him from the neck down, leaving him unable to speak and in a very uncertain way in hospital. 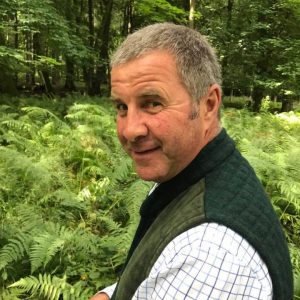 Starting his own line of Centrewalk cocker spaniels and reaching the heights of a championship win in 2016 Richard has had a lot of success with the cockers, namely FT Ch Centrewalk Daydream, Moonshell, Sweep and Piccolo. Richard hasn’t been shy in donating his time to judge trials and being an avid member of his local gundog club, Bristol and West Working Gundog Society, he is well liked among his peers.

Now we all see each other’s post on social media, a like here and a like there, the odd comment but I’ve never seen everyone come together actually as a community for something. Don’t get me wrong we will share the odd donating post among ourselves and gundogs group but this weekend was different.

It started with a flash in the pan idea, how about we try to get 1 free stud of all the big kennels and those who have a champion stud dog and auction the stud credit off to the highest bidder. Well, I wasn’t expecting the response I got when I created a little facebook group chat with handlers who had FT Ch studs, within 3 hours we had got 20 Champion stud dog credits, 5 hours we had 50 and all the big kennels, Rytex, Buccleuch, Poolgreen and Churchview had all called to say the highest bidder could use any, yes any, stud dog in their kennel, wow ! We ended up with 60+ dogs including Springers,Cocker and Labradors and quite a few championship winners. 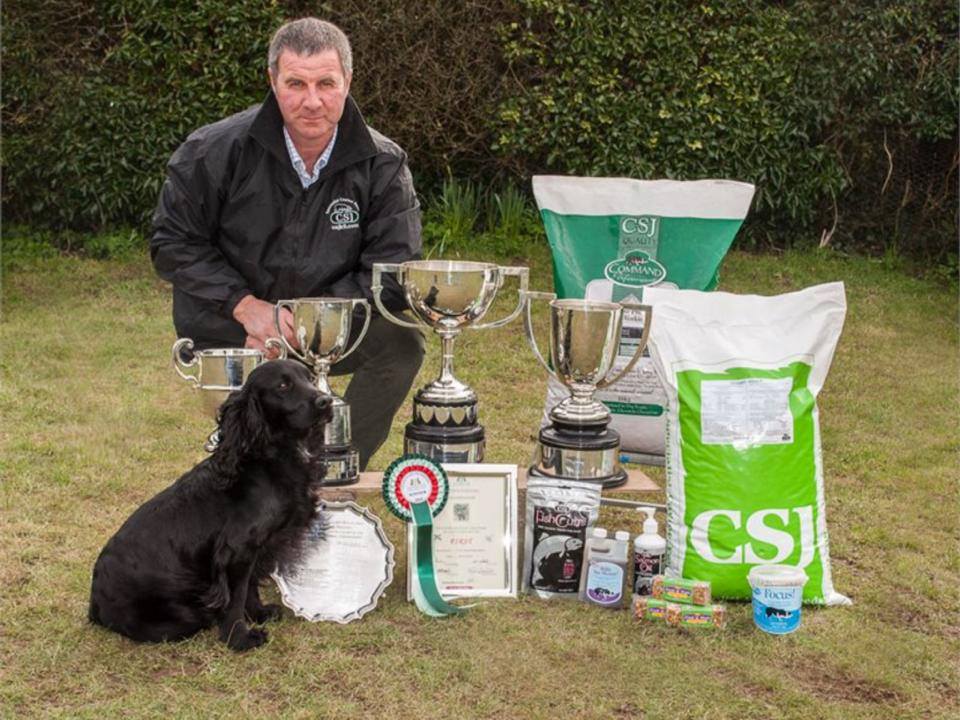 Over Friday and Saturday evenings we started the bidding, I’d like to think the majority were bidding for all the right reasons, to help raise money to put towards Richards future care and wellbeing, but I’ll be frank, I’m not bothered if they were in it for themselves and a cheap stud, it all counts.

£16,097.30 was the final figure we raised over 2 nights, we saw over 800 comments on our facebook post, bidders, well wishes and banter alike, it was bloody great. Now you would think we would stop, think again, we have another big auction to do, live game training days (multiple), framed prints, a day trip tour to Chavenage House, (I’m told this is where they film Downton abbey and bits of Poldark, what would I know, that sort of caper never sees my tv), shooting boots, a case of fine wine sent from Ireland. Botox, which will be great for when your dog jumps up and smacks your whistle into your lip, shooting simulator for 4 people at Wadswick Country store, Jewellery, Deditio boots the list goes on. You name it, it will probably be there, but that’s not all !

Lee Hartis has kindly said that his studs can be used for a set price of £450 (Bargain) and every fee received in August will go towards Richards Fund. So please check out the Lecaz website for information on his champion and winning Labradors and spread the word.
http://www.leacazgundogs.co.uk/our-dogs.html

So as you can see, people have really pulled together, for a man who deserves nothing less in my opinion, a warm hearted, straight to the point kind of guy. Get yourself to the test which details are below, its nothing to serious, you will probably find me chasing my dog over the hill with the accompanying subtle tones of “Fentonnnnnnnnn” coming from my gob!

Sunday 16th September will see the “Centrewalk Spaniel Test” being held to raise money for Richards fund. The Test is to be held at Brandhouse Farm by kind permission of the Regis family and Gamekeeper Andy Fisher, entries will close 8th September, any entry form is acceptable but please mark it clearly on top of form with Richards name and send to Helen Fisher using the following details. Judges yet to be confirmed. Each test will be limited to 16 handlers, a minimum donation of £25 per run, which will include a famous Helluva Pasty, if you cannot make it on the day donations are still appreciated.

The Prizes on the day will be presented by Susie & Georgina Preest, these will also include vouchers for the Dog & Field shop.

There will be a raffle, with fabulous prizes, so any prizes donated will also be greatly appreciated also, a cake & snack stand, including a hog roast will also be available to purchase on the day with a photographer being present also. So don’t forget to bring your wallet and sense of humour.

Cheques to be made out to G Preest.

I hope to see you on the day, you will find me near the hog roast stand.

Back to News & Offers